A Culture of Growth

The Origins of the Modern Economy 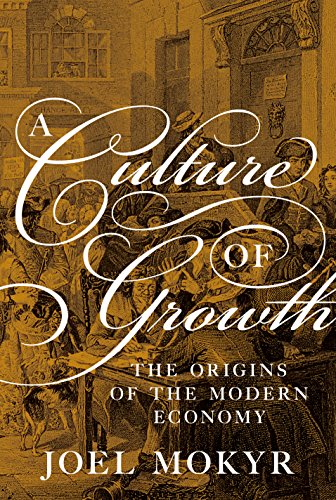 This book was pivotal in the launch of this project and this site. It is about how the Enlightenment, between about 1500 and 1700, set the stage for the Industrial Revolution. Special attention is given to Francis Bacon and Isaac Newton.

I had to skim many chapters of this book, especially in the beginning. However, I found its key ideas absolutely fascinating. For a summary, see Mokyr’s article in The Atlantic, “Progress Isn’t Natural”.

Relevant posts: Religious freedom and the Enlightenment, The virtuousness of technology, The Baconian program, The idea of progress