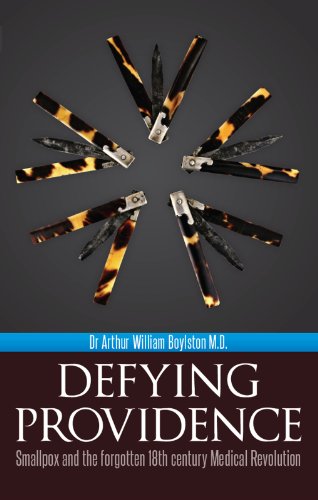 The story of smallpox inoculation, the technique that preceded vaccination. Covers in detail the early debates around inoculation, how its value was proven, how it was improved especially by the Suttons, and how it led to Edward Jenner’s smallpox vaccine. It reveals that the famous story of the milkmaids was a myth; the effeciveness of cowpox as a vaccine for smallpox was discovered by inoculation practices.

I enjoyed this a lot and learned much from it. It is self-published but seems well-sourced and well-argued. Boylston argues that, “Far from being a medical desert, the 18th century was a fertile period which allowed humanity to gain an important measure of control over its most feared disease.”

Recommended for anyone interested in the history of science and technology.

Relevant posts: Our weapons against infectious disease: a survey, Slaying the speckled monster