The Most Powerful Idea in the World

A Story of Steam, Industry, and Invention 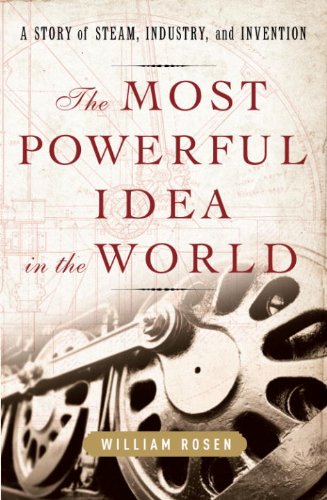 A history of steam power from the 1600s through the steam engines of Thomas Newcomen and James Watt and the later developments that led to steam locomotives. Along the way, it also covers the origins of patent law, which is the real “most powerful idea in the world”.

I enjoyed this and would recommend it to anyone interested in the history of invention or the early Industrial Revolution.

Relevant posts: The first and true inventor, What was the relationship of the Scientific Revolution to the Industrial?